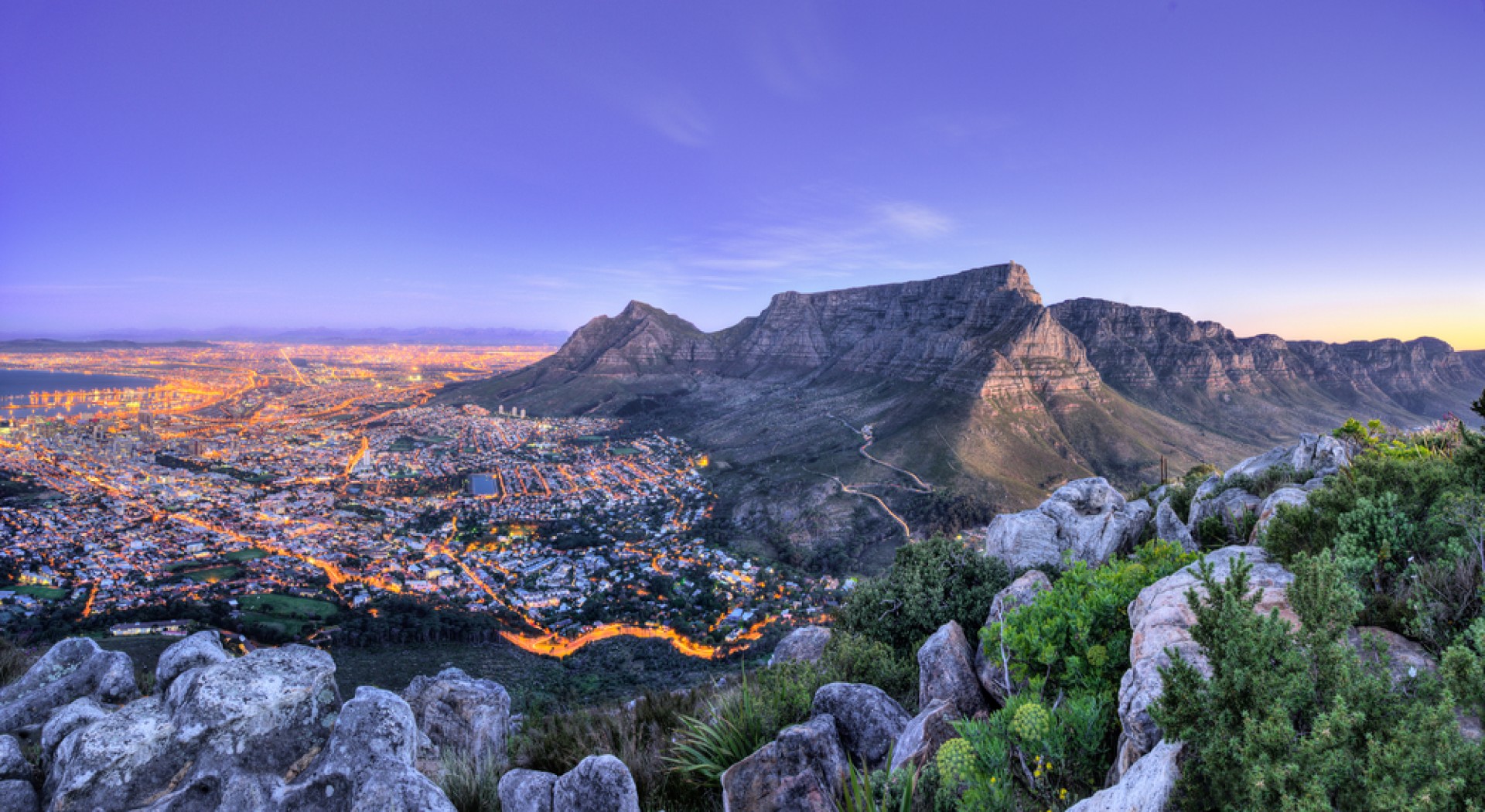 Looking for a February half term break? Our Marketing Manager, Nicola Green, took her son on a family holiday to Cape Town. Here is her report....

My four year old’s first ever flight was the BA59 from London Heathrow to Cape Town. We were lucky: it’s a non-stop flight with no jet lag due to the minimal time difference.

Being an overnight flight, it left us feeling a little tired however - but a dip in the hotel’s plunge pool sorted that out! The blue sky, sunshine and warmth that welcomed us was a far cry from the wind and rain back in Blighty.

We had made it. We were in Cape Town, the capital of the Western Cape. I’d been there many years earlier for a long weekend, but I was looking forward to observing this vibrant and colourful city from my child’s perspective.

We stayed at the Cape Town Hollow Boutique Hotel. It was just across the road from the Planetarium and Company Gardens, the latter came in handy when my son wanted to run about post-breakfast and after many hours of sightseeing. The city centre was only a short walk away and the buses stopped close by, including the hop-on hop-off bus city tour bus.

THE PLAYGROUND THAT IS THE V&A WATERFRONT

The first stop on our adventure was the Victoria and Albert Waterfront. It wasn’t within walking distance but the hotel provided a complimentary shuttle service. Perhaps one of Cape Town’s biggest tourist attractions, this busy harbour offers many restaurants, an ice cream parlour, playground and most importantly, the Two Oceans Aquarium. Harbour cruises and the daily trips to Robben Island also leave from here.

Two Oceans Aquarium, so named due to its confluence of Indian and Atlantic Oceans, is home to over 3000 living sea animals including turtles, penguins, sharks and of course, lots of fish. My son loved touching the starfish in the specially designated area. There were other fun activities too including watching the marine life at feeding time and the opportunity of getting inside a tank – or at least that’s the impression you get! 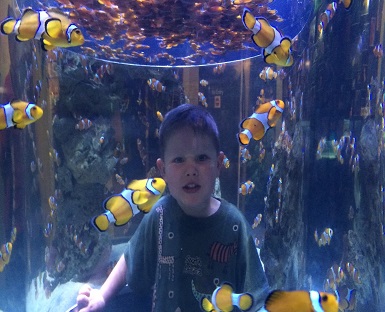 You could easily spend a day at the V&A Waterfront and with all the lovely eateries, enjoy a delicious dinner before the journey back to the hotel.

EXPLORATION ON THE HOP-ON HOP-OFF BUS

The next day was a day of exploration on the Cape Town City Sightseeing bus: a network of hop-on hop-off buses, each colour coded depending on the route. With my four year old in tow, it seemed the best way to reach all the main attractions including the route to the cableway to get to the top of Table Mountain and the coastal resorts including Camps Bay on their Red City Tour and the historic landmarks on their Yellow Downtown Tour. When he got tired, he simply fell asleep on the bus.

Table Mountain, and the route up on the cable car, was one of our highlights. Heading upwards through mist and clouds, we thought we were going to miss out on the famous views, but luckily when at the top the mist eventually cleared and the fabulous views were revealed.

The Sightseeing buses are a great way to explore the city but do plan your route carefully using their route maps. The buses go in one direction only, so I would suggest you choose your stops in the same order. Had we wanted to go from our hotel to the Victoria and Albert Waterfront, it would have taken at least an hour on the bus network, due to the route travelling in a clockwise direction from west to east, instead of the 20 minutes it could have taken on the most direct route travelling east. 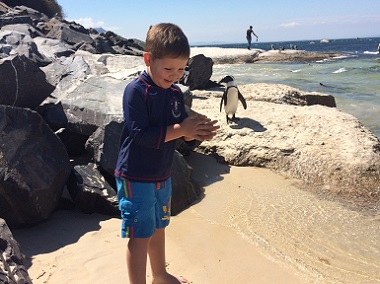 We hired a car to get around on our final day because we wanted to visit the penguins at Boulders Beach and the Cape of Good Hope. It was worth the journey. We were lucky enough that the penguins came really close, close enough in fact for me to get a great photo of my son cosying up to them. We reached the Cape of Good Hope towards mid-afternoon. By this point the weather had turned from being lovely and warm to rather cold and blustery so we were grateful to be able to sit in the car and observe the views rather than venture out into the cold.

Heading back towards Cape Town we stopped off for a delicious fish supper at one of the many fish restaurants. It was a perfect day and end to a perfect holiday.

We had booked the car prior to departure, but when reading about the dangers of driving in South Africa, we did feel a little nervous when picking it up. We didn’t have any problems though and found the roads were easy to navigate.

The benefit of driving is the flexibility it brings. You can create your own personal route, stop when you want to and take as much stuff as you want – which comes in handy when you’ve got all sorts of beach paraphernalia to carry including towels, buckets, spades, fishing nets and not to mention the picnic! So I would definitely recommend it as a convenient means of travel.

Cape Town is a perfect child-friendly holiday destination for the range of experiences it offers. My son can’t wait to go again.

The climate is such that it is a great holiday choice for February half term when the temperature is high and rainfall low. Another great time to visit is during the whale watching season, between June and November.

For inspiration, advice and to discuss your travel plans further, speak to our holiday experts at Howard Travel.
T: 01225 777 227 | E: This email address is being protected from spambots. You need JavaScript enabled to view it.